Ethnobotany. Lomatium californicum has been used by the Karok, Kawaiisu, Poliklah, Yuki and Yurok People. Among the Karok, the roots were eaten raw or smoked in the pipe according to “Karok Ethnobotany” (Schenck, Sara M. and E. W. Gifford, 1952) and “The Ethnobotany of the Yurok, Tolowa and Karok Indians of Northwest California,” (Baker, Marc A., 1981). Among the Kawaiisu, the roots were used as an emetic, to treat cold and sore throats and for gastrointestinal pathologies according to “Kawaiisu Ethnobotany” (Zigmond, Maurice L., 1981). They ate also the young leaves in the springtime. According to Merriam C. Hart in “Ethnographic Notes on California Indian Tribes” (1966), it was the most sacred plant with the Poliklah. Among the Yuki, it was used to treat colds and as moxa, to ease arthritic pains. They, too, ate the young shoots. The Yuki, moreover, considered this plant as a magical plant : they rubbed their neck to ward off disease and rattlesnake, they put pieces of roots in the pockets for good luck and they chewed it to distract the deer, during the hunt, from the human smell – according to “Some Plants Used by the Yuki Indians” (Curtin, L. S. M., 1957). 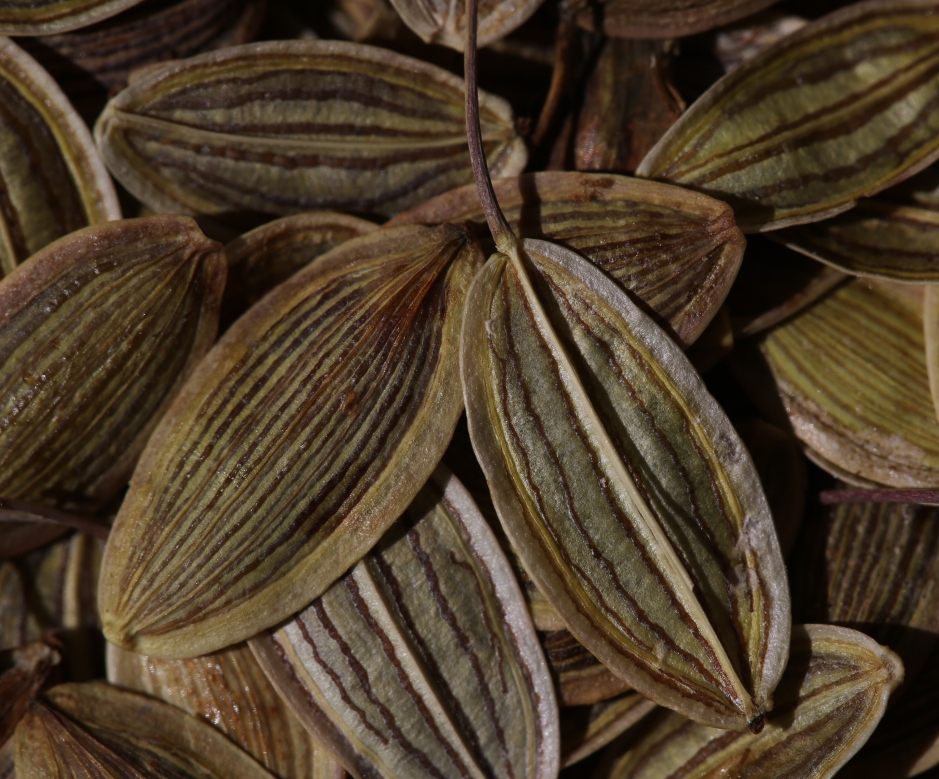