Ethnobotany. Asclepias speciosa has been used as a food or as medicine by the following First Peoples: Acoma, Apache, Cheyenne, Chiricahua, Crow, Flathead, Keres, Hopi, Laguna, Lakota, Miwok, Mescalero, Montana, Navajo, Okanagan-Colville, Paiute, Pomo and Shoshoni. Except the roots and the seeds, all parts of the plant were eaten – raw or cooked depending on the stage of the plant. Even the latex of the stem was left to harden to be used as a gum.

The ripe seeds were ground and made into a salve for sores. Seeds were boiled and the liquid used to draw the venom from rattlesnake bites. Among the Catawba People, the Milkweed Medicine is very reputed for snakebites.

Recent researches. Asclepias speciosa and Asclepias syriaca (and their hybrids) have been tested, since 1985, for commercial seed floss production as a hypo-allergenic substitute for goose down.

Materia Medica. According to Stephen Harrod Buhner in his book “Sacred Medicine”: «The root, when taken as medicine, is primarily an herb for the lungs. It softens bronchial mucous, facilitates expectoration and dilates the bronchial passageways. Like its cousin inmortal (Asclepias asperula), the herb stimulates lymph drainage from the lungs, though not so markedly. As such, it can find use in treatment of asthma, symptoms of cold and flue that are seated in the lungs, bronchitis, pleurisy and chronic problems such as emphysema and cystic fibrosis. The herb acts well also as diuretic and increases sweating. Too much can cause nausea and, eventually, vomiting if one persists. I generally recommend to start with 15 drops of the tincture 3 to 4 times a day and increase dosage until the edge of the nausea is just starting to make itself apparent, then back off a bit.»

Description from the NRCS.  Showy milkweed is a native herbaceous perennial from widespread rhizomes, which produce stems that grow to 1½ to 5 ft tall in summer. The graygreen leaves are opposite, 4 to 7 inches long, oval, and covered in velvety hairs. Stems and foliage exude milky latex sap when cut. Flowers are in loose clusters at the top of the stems and are rose-purple, aging to yellow. Individual Asclepias flowers look like crowns, with the corolla (petals) reflexed, and hoods above the corolla. Plants flower from May to September. Thick seed pods 3 to 5 inches long split down one side in fall to release reddish-brown, flat seeds. Each seed has a tuft of white, silky hairs that allows them to be dispersed by wind. 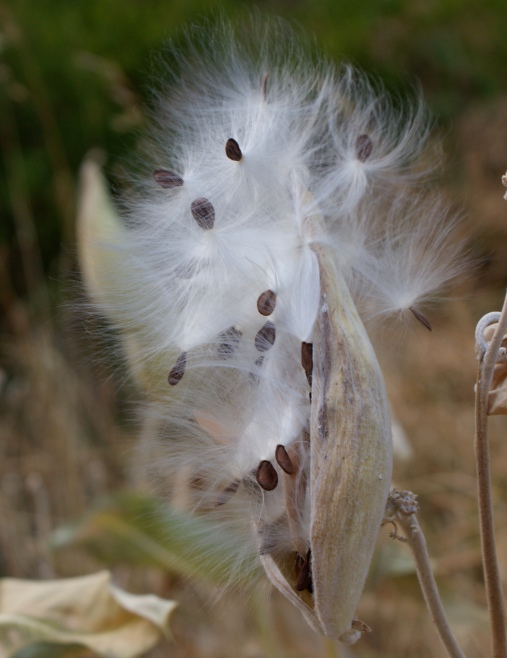 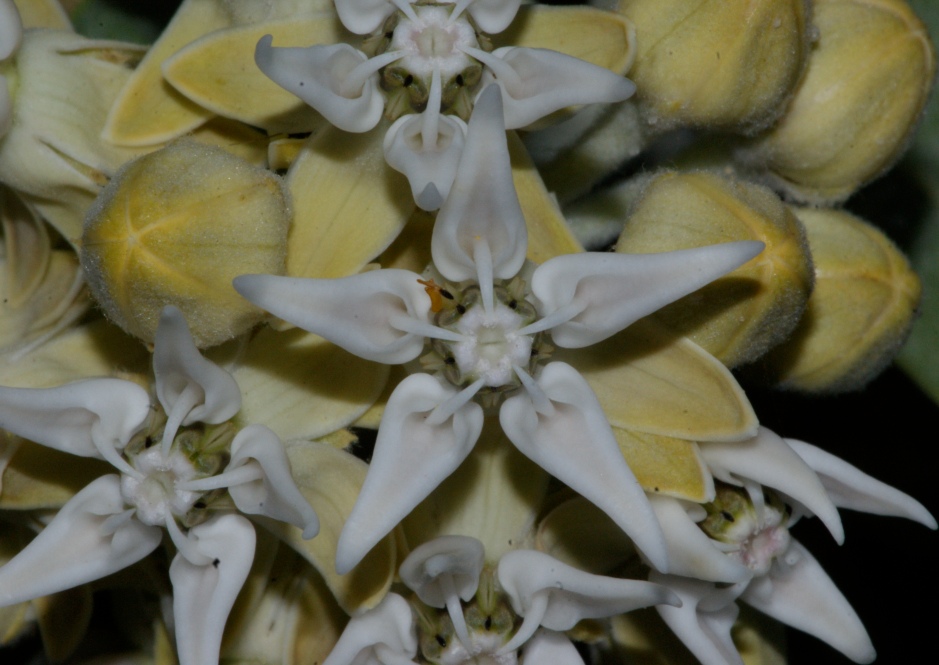